President Joe Biden's mention of a 'new world order'  in a speech to CEOs sent QAnon believers and other conspiracy theorists on a tear from Monday night into Tuesday.

Biden was warning executives of the need to beef up their cybersecurity over concerns of a possible Russian hack in the near future during a quarterly meeting of Business Roundtable CEOs. Fears are mounting that Moscow could target the West with cyberattacks in retaliation for sending military and humanitarian aid to Ukraine to help it withstand Vladimir Putin's brutal and bloody invasion.

The president said the world was at an 'inflection point' amid Putin's attack, signaling a shift he said 'occurs every three or four generations.'

'As one of the top military people said to me in a secure meeting the other day, 60 -- 60 million people died between 1900 and 1946. And since then, we’ve established a liberal world order, and that hadn’t happened in a long while,' Biden said.

'And now is a time when things are shifting. We’re going to -- there’s going to be a new world order out there, and we’ve got to lead it. And we’ve got to unite the rest of the free world in doing it.'

The phrase electrified portions of the internet that had long been claiming world leaders were working behind the scenes to create a massive global 'shadow government.' That included many supporters of former President Donald Trump.

Biden says there is a 'new world order' during speech 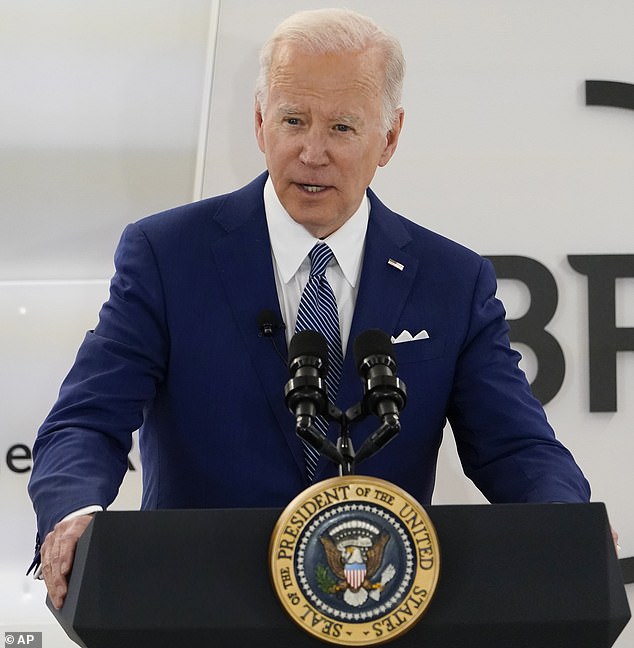 Even some elected officials -- who also believed the 2020 election was 'rigged' against Trump -- seized on Biden's comments.

'No, Joe Biden, there is no new world order coming on my watch,' GOP Rep. Lauren Boebert of Colorado wrote on Twitter Tuesday.

Republican Rep. Marjorie Taylor Greene of Georgia, who was known to promote QAnon conspiracy theories before entering Congress, said on the platform: 'Stagflation is dawning. It’s like the 1970’s again. But this time, we’re on the verge of WW3 and globalists want the new world order.'

Webber claims to be endorsed by former Trump national security adviser Michael Flynn, a leading figure in the QAnon community.

Infamous conspiracy theorist Alex Jones, who has been pushing claims of an authoritarian 'new world order' effort for about three decades, went on an expletive-laced tirade after Biden's speech. 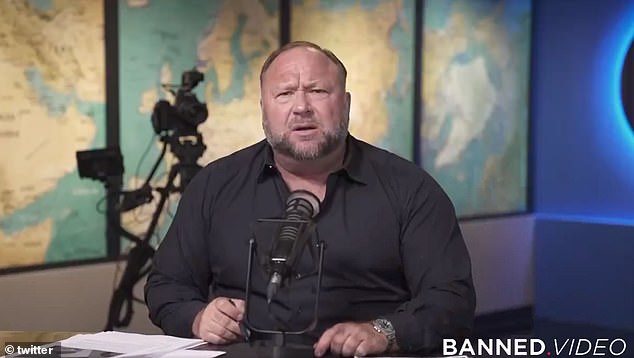 Conspiracy theorist Alex Jones, who has been pushing a 'shadow government' conspiracy theory involving a new world order for decades, dropped the f-bomb several times in an expletive-laced reaction to Biden's speech

The phrase 'new world order' has been used in the past to denote a major shift in the organization of world powers, such as after a global conflict.

It was famously invoked by former President George H.W. Bush during the Persian Gulf crisis in 1990.

'Out of these troubled times, our fifth objective -- a new world order -- can emerge: a new era -- freer from the threat of terror, stronger in the pursuit of justice, and more secure in the quest for peace,' the late leader said in September of that year.

But it's more frequently used in extremist circles to describe a conspiracy theory dealing with a vast global network of shadowy operators and 'elites' working to install a worldwide socialist 'government' to rule the masses.

According to the Anti-Defamation League, believers in the theory fear that 'through repressive measures, as well as manufactured crises such as terrorist attacks and pandemics, the globalist conspirators seek to eliminate dissent and to disarm Americans so that the “New World Order” can move in and enslave them.'

It's also been used as an anti-Semitic trope along with the conspiracy theory that Jewish figures have disproportionate influence over world affairs.

Pro-Trump lawmakers like Rep. Lauren Boebert of Colorado pounced on the president's remarks in an apparent dog whistle to the fringe parts of their base 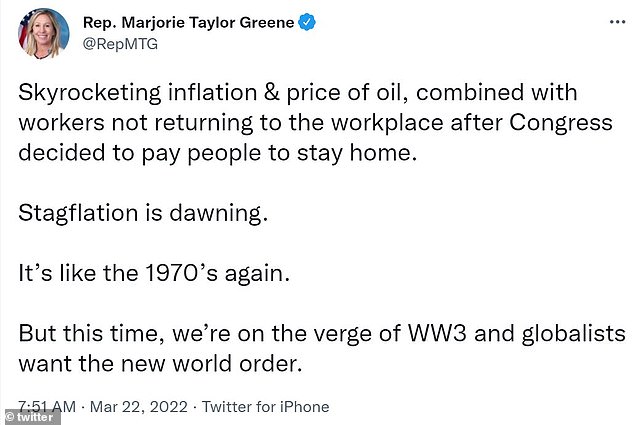 Marjorie Taylor Greene, who pushed QAnon conspiracies before coming to Congress, appeared to echo the alt-right group's claims of a 'globalist' conspiracy

It was also pushed by Errol Webber, a Republican candidate for Congress who claims to be endorsed by former Trump national security adviser and leading QAnon figure Michael Flynn

The pro-Trump message board Patriots.Win also lit up with a flurry of responses to Biden's speech

Within minutes of Biden's remarks concluding, pro-Trump message board Patriots.Win -- which replaced the now-defunct Reddit page The_Donald -- saw a flurry of panicked comments.

'We all were warned years ago, thats why we made a clamor about the oncoming election steal,' one user commented on a video of the president's speech.

Another person wrote, 'I don’t understand why he would openly broadcast it though. It’s almost like they want a civil war at the same time as WW3.'

Conspiracy theorist Luke Rudkowski tweeted 'Ah It’s a new world order that Biden is after where have I heard that one before?'

Robby Starbuck, a conservative activist running for a House seat in Tennessee, mocked the president's comments.

'I don’t want Joe Biden leading a line for Jello at a nursing home let alone the world. The nuts who brought us lockdowns creating a "New World Order" is terrifying,' Starbuck wrote on Twitter.