The Snubs And Surprises Of The 2022 Oscar Nominations

Every Oscar nominations morning is a mixed bag and a wild ride, and this year’s nominees , announced Tuesday, were no different. Below, HuffPost reporters Marina Fang and Cole Delbyck break down some of the morning’s pleasant surprises and surprising omissions.

The critically acclaimed Japanese drama “Drive My Car” was expected to make the list for Best International Feature Film. With a few notable exceptions (such as “Parasite” two years ago), the Academy of Motion Picture Arts and Sciences will usually recognize international films only in that category, and not elsewhere. So it was a pleasant surprise to see “Drive My Car” show up in other major categories, including Best Picture, Best Director for Ryusuke Hamaguchi and Best Adapted Screenplay. Part road movie, part domestic drama, part meditation on grief (among many other things), “Drive My Car” is one of the few movies that absolutely earns its three-hour run time. Based on short stories from Haruki Murakami’s “Men without Women,” it stars Hidetoshi Nishijima as Yusuke Kafuku, an actor and theater director whose most treasured ritual is driving his red Saab to and from work. It would have been even better to see him nominated for Best Actor. But we’ll take what we can get. — Marina Fang 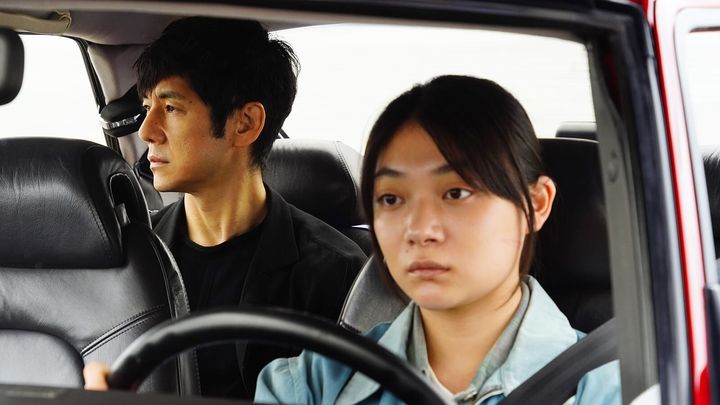 Lady Gaga stayed in character for a year and a half, committed to an accent like no other, dabbled in investigative journalism and fought off a horde of flies for “House of Gucci” … and yet no nomination? Pop a 9-1-1. Surely, no one campaigned this Oscar season like the music superstar, who appeared at every awards roundtable, covered magazines for months and gave one gloriously unhinged interview after another to squeeze her way into the Best Actress race. And, until this morning, she was well on her way after picking up nods at the BAFTAs, Golden Globes, Critics Choice Awards and the Screen Actors Guild Awards for her performance in the Ridley Scott crime drama. But the Best Actress field has never been so competitive with Jessica Chastain and Penélope Cruz breaking into the category alongside front-runners Nicole Kidman, Kristen Stewart and Olivia Colman. Rest assured, Gaga already took home her Best Original Song Oscar back in 2019 for “A Star Is Born,” but something tells us she won’t rest until the Best Actress trophy is hers. — Cole Delbyck Lady Gaga in "House of Gucci" was among the actors snubbed in the 2022 Oscar nominations.

SURPRISE: “The Worst Person in the World” in Best Original Screenplay

Like “Drive My Car,” Joachim Trier’s “The Worst Person in the World” was expected to score a Best International Feature Film nomination, as Norway’s submission in the category. But among the morning’s biggest surprises was its inclusion in the Best Original Screenplay category. It’s a smart and often wryly funny script about Julie (Renate Reinsve), a woman on the cusp of turning 30, deciding what to do with her life and figuring out jobs and relationships. Reinsve’s performance is also one of the best of the year. But again, we’ll take what we can get. — Marina Fang 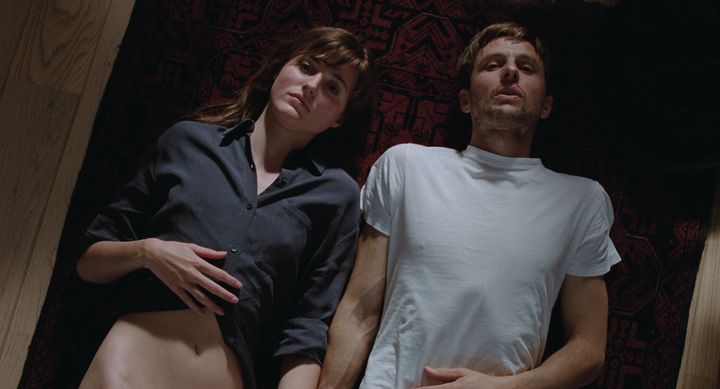 Renate Reinsve and Anders Danielsen Lie in Joachim Trier's "The Worst Person in the World."

Negga, a previous Oscar nominee for “Loving,” gave one of the best performances of the year in “Passing,” about two childhood friends, Irene (Tessa Thompson) and Claire (Negga), in 1920s Harlem. The latter is passing as a white woman and married a racist white businessman (Alexander Skarsgard). It’s Negga’s skillful performance that really captures the central tensions of the film. The deft directorial debut of Rebecca Hall, “Passing” was completely shut out in Tuesday morning’s nominations. It deserved far more recognition. — Marina Fang 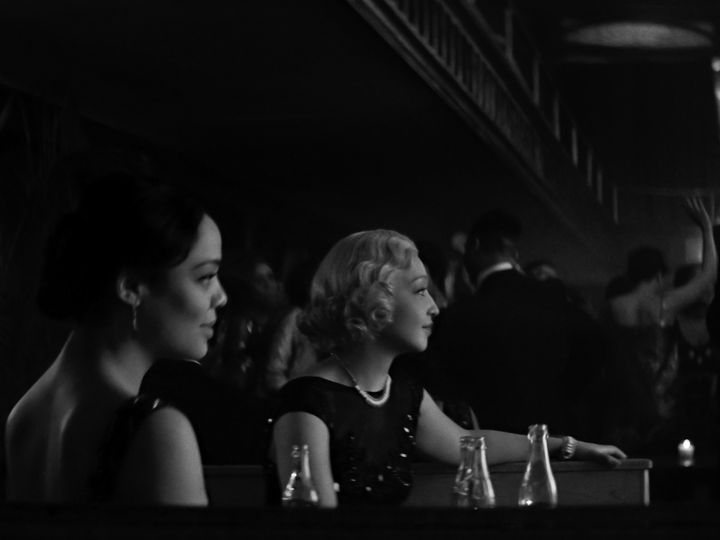 Kotsur made history on Tuesday morning as the first deaf male actor to be nominated for an Oscar, and only the second deaf performer ever to be recognized by the academy (joining his “CODA” co-star Marlee Matlin). It’s long overdue and deeply earned for his warm and gregarious performance in director Sian Heder’s crowd-pleasing dramedy, which won top prizes when it debuted at last year’s Sundance Film Festival. “CODA,” which stands for “child of deaf adults,” tells the story of teenager Ruby (Emilia Jones), the only hearing member of her family, feeling the tension between pursuing her dreams as a musician and supporting her family. — Marina Fang

We’re thrilled to see Catriona Balfe on the big screen, but can we use some “Outlander” time travel magic to get her an Oscar nomination? The Irish star was a near-certain bet to score a Best Supporting Actress nod for her role in Kenneth Branagh’s semi-autobiographical drama “Belfast” about his childhood in Northern Ireland amid the political violence of the 1960s. Balfe’s performance as a fiercely protective mother of a young boy caught in the middle of the conflict is the film’s emotional center, as she struggles to protect herself and her family from a rash of violence in her neighborhood. Instead, the academy chose to honor her co-star and eight-time Oscar nominee Judi Dench, who delivers a fine performance, but isn’t exactly hurting for awards attention. — Cole Delbyck

I loved everything about “The Lost Daughter,” Maggie Gyllenhaal’s directorial debut, adapted from an Elena Ferrante novel. Oscar winner Olivia Colman received an expected Best Actress nomination for her lead role. In addition, Gyllenhaal, a previous Oscar nominee for acting, picked up a Best Adapted Screenplay nomination for deftly converting the interiority of the novel into a visual medium. But the Best Supporting Actress nomination for Jessie Buckley, who plays the younger version of Colman’s character in flashbacks, was a pleasant surprise. — Marina Fang

In her latest collaboration with Pedro Almodóvar, Penélope Cruz gave one of her best performances in years as Janis, a photographer who becomes friends with Ana (newcomer Milena Smit), after the two women give birth on the same day and share a hospital room. In addition to her storyline about motherhood and friendship, Janis embarks on a mission to recover the remains of her great-grandfather, one of scores of victims of the Spanish Civil War whose bodies were buried in mass graves and never identified. Cruz’s wonderfully layered performance forms the movie’s center, connecting the present with the past. — Marina Fang 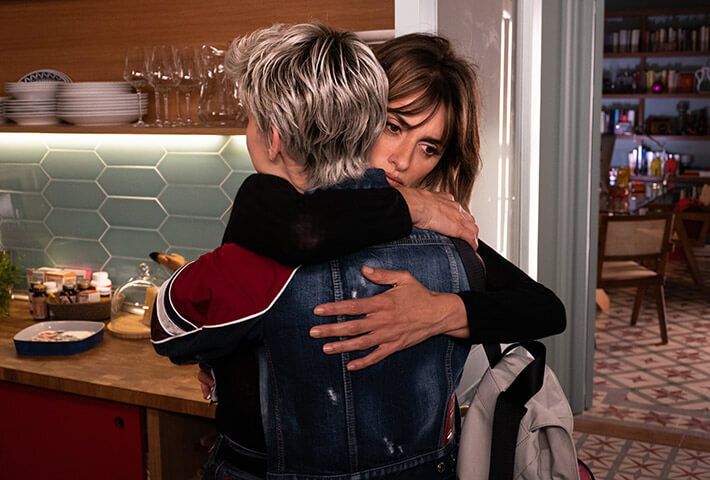 Despite a major campaign push in recent months, “Spider-Man: No Way Home” went splat at the Oscars. Marvel’s box-office juggernaut, which almost single-handedly resuscitated this year’s box office, failed to pick up a single nomination besides an expected nod for Best Visual Effects. The academy has been particularly choosey with honoring superhero fare — “Black Panther” stands as the only Marvel film to score a Best Picture nomination — and even a nearly $800 million pull in domestic ticket sales and a full-court press blitz from buzzy stars Tom Holland and Zendaya couldn’t change their mind. — Cole Delbyck

The lesson here? Never underestimate Guillermo del Toro. The acclaimed Mexican filmmaker took home the Best Picture and Best Director trophies for “The Shape of Water” back in 2017 and the academy isn’t done with him just yet. While he’s never been a big box-office driver, del Toro’s star-studded “Nightmare Alley” was one of the year’s most notable financial flops and failed to attract audiences even while it had an overwhelmingly positive critical reception. Besides a Best Picture nod, the sprawling noir epic didn’t receive a single other nomination in the above-the-line categories, despite pundits speculating that Cate Blanchett might nab a Best Supporting Actress slot. Instead, the undeniably gorgeous film was recognized with honors across a slew of technical fields. And, hey, in the off chance that the film actually takes home the Best Picture prize, Bradley Cooper, who both produces and stars in the movie, will finally get his Oscar after years of snubs and losses. Call it a silver lining? — Cole Delbyck

The sci-fi epic had a strong showing, picking up 10 nominations including Best Picture and most of the below-the-line categories. But director Denis Villeneuve was noticeably missing from the Best Director category, which tends to reward directors at the helm of huge, sweeping movies like “Dune.” He did, however, get nominated as part of the team of screenwriters who adapted Frank Herbert’s famously difficult-to-adapt novel for the big screen. — Marina Fang